FIFA 21 was undoubtedly one of the most longed-for games, as it happens every year with each FIFA installment. Although some players claim that this is just a slight update of FIFA 20, there are some key features that take football gaming to the next level. Primarily, it is worth mentioning that this version is far more realistic, as it involves faster loading, improved lighting and shadowing and slowed rendering. Moreover the in-game players were given their realistic behaviour on field and gamers can hear thousands of existing football chants. In that the game comes off as a real-life match. The game was released for Microsoft Windows, Playstation 4, Xbox One and Nintendo Switch. However, don’t be afraid that you won’t be able to play it on Playstation 5 or Xbox Series X, or that you’ll have to buy a version intended for newer consoles. Electronic Arts allows FIFA 21 players to update their game to fit the latest consoles for free, but only before the release of FIF 22. If you are one of them and didn’t update your game, then there is not much time left, so better hurry up! 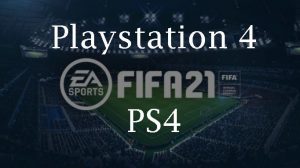 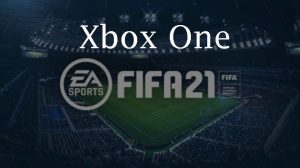 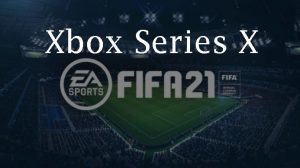 When it comes to the gameplay itself, tactical understanding, enhanced reactions, refined attacking and elaborate interaction systems make the game look the closest to reality it could be. Additionally, it makes the game more fun and interesting, as it is not so predictable anymore. The game also offers players the Career Mode, where you can develop your own team and take the role of their coach. Seems as if every football lover (or just an e-sport enthusiast) may find what they enjoy the most and there is still more. Upgraded team management and the expulsion of fitness cards allows you to spend more time on field, instead of on the grooming before the game. Wrapping it up, the 28th installment of FIFA holds numerous features and improvements that make the game more convenient, enjoyable and realistic for the players.

However, if you are still not sure about how you feel with FIFA 21, there is also a possibility of training, so that you don’t have to play big matches right away. You can master your skills first, get to know the game, controlling system, etc. Also there is a FUT Co-Op feature, which allows you to play with your friends. But what if you could play with people from all over the world and earn money for doing it? The good news is that you can. The skillmatches.com website offers players around the world to gather in one virtual place and play FIFA 21 (and some more games) with real competitors and win money for notched up matches. The platform is safe and legal, so no worries. You can take video gaming to a higher level while earning money for it. Hopefully we have put flesh on FIFA 21 and encouraged you to give it a try. See you on the field!